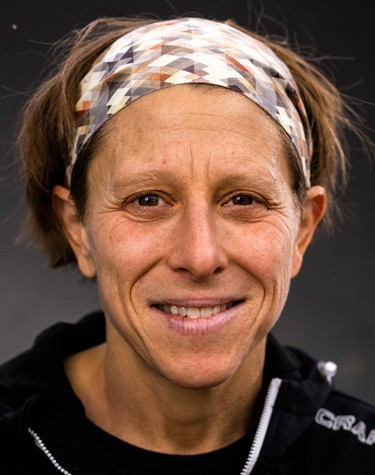 “Soon after I completed the SMAC program, a patient walked into my clinic in Flagstaff, AZ, and told me that he lived on a reservation about two hours away and that I was the first doctor he had seen in years.

In his late 50s, he had suffered from severe low-back pain for almost a decade, and in the past few years the pain had started traveling down his legs. He was a rancher and riding his horse had become almost unbearable. Working the land exacerbated his back pain, and he was worried about being able to continue to make a living.

Thin and muscular, he walked hesitantly, as if each step hurt.

Despite his insistence that I act as his primary care doctor, I made him promise that if my assessment revealed any red flags, he would see a physician; the SMAC program gave me the tools and confidence to recognize red flags and refer, if necessary.

Using various assessment tools, including orthopedic testing, motor point palpation, and postural assessment, I diagnosed the patient with a lumbar disc extrusion at the L4-L5 level causing radicular pain along the L5 dermatome.

During the first treatment—the patient’s first experience with acupuncture—I focused on treating the L3-L5 Huatoujiaji points and myotomal motor points along the affected dermatome. I had also determined that the patient had an anterior pelvic tilt and an elevated left ilium and added in points to address those issues. Finally, I included points to treat the Liver Qi Stagnation and Kidney Deficiency, the Chinese medicine diagnosis.

Because the patient lived two hours away, he was able to come in for treatments only once a week. Wanting to prolong the affect the treatment between treatments and empower the patient to continue healing on his own, I gave him three exercises to target the elevated ilium and pelvic tilt. I explained to him that doing these exercises would help strengthen his body and address postural imbalances contributing to his pain.

When he walked into the clinic for his second treatment, I immediately noticed that his gait was smoother. Smiling, the patient said that he had felt immediately relief that had lasted a few days. He had been able to ride his horse and to work for longer hours without experiencing pain. Although the pain had started to return, he was still better than he had been a week earlier.

We continued weekly treatments for four more weeks, with the patient constantly improving. I tweaked the exercises a bit over the weeks, making them more challenging as the patient got stronger.

After five treatments, the patient was able to come in every two weeks without having a return of symptoms and then every three weeks.

On his last visit, after he had been pain free for four months, he reiterated that I was the only doctor he had seen in years and said that he had never imagined that he could experience such dramatic improvement after a decade of pain. An amateur photographer, he gave me a gorgeous photo of a canyon near his home.

This man’s story is not unique—without SMAC, I do not think I could have achieved these results. SMAC taught me not only assessment, diagnostic, and treatment tools, but also the language needed to communicate with patients about their treatments.

The confidence I gained during this program is also invaluable. I was tempted to write about a more complex case or discuss one of the many elite athletes with whom I have worked, but helping this patient was one of the most satisfying experiences I have had as an acupuncturist. The trust he placed in me, the impact his pain was having on his quality of life and his profession, his driving four hours round-trip to see me every week, and his elation at realizing that he did not have to spend the rest of his life in pain underscored to me how much of a difference we can make in people’s lives.”

To connect with Amy, visit her C.SMA Directory Listing.