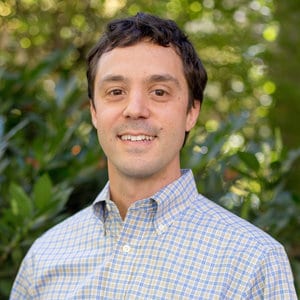 Oliver is one of our sports acupuncturists in Portland, Oregon — certified in Sports Medicine Acupuncture®. Find out how the SMA program enhanced his practice:

“The SMAC program greatly expanded my available skill set and knowledge base. It opened the doors to more in-depth exploration of anatomy, physiology and the powerful effects of acupuncture.

I have received more referrals from MDs than in the past, due largely to improved communication and clinical skills learned in the SMAC program. For instance, one of my patients was injured by an elevator door that crushed a nerve, leading to complex pain that the doctor was having difficulty diagnosing even with MRI images. With orthopedic testing, I was able to rule out cervical involvement and instead pinpoint the localized pain site in the scalene muscles where the doctor had missed it.  When he reluctantly agreed to read the summary of my findings, he declared that someone had finally gotten it right! It was the in-depth orthopedic testing learned in SMAC that led me to the correct diagnosis and to more referrals from this doctor.

Using the knowledge acquired from the SMAC program we have helped many athletes from the professional level to the most amateur push their training and achieve their goals.  One patient I have particularly enjoyed is a school administrator whose goal was to complete an Ironman race.  The skills acquired in the SMAC program helped manage shoulder imbalances limiting the swim portion, and a history of ankle problems limiting the run portion.  She has now completed her first Ironman at the age of 50!”

To connect with Oliver, visit his listing in the C.SMA Practitioner Directory: Oliver Leonetti L.Ac., C.SMA