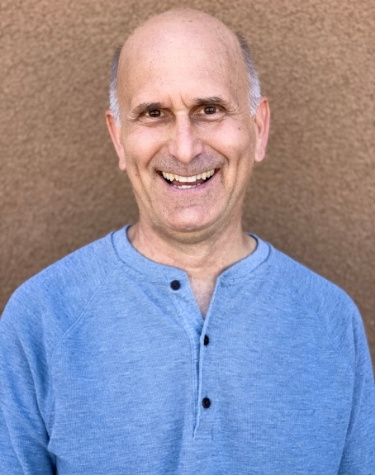 David George, M.A., L.Ac., C.SMA, completed the Sports Medicine Acupuncture Certification (SMAC) Program in October 2015, and is now a practicing sports acupuncturist in Palm Springs, California greater area. A graduate of Santa Barbara College of Oriental Medicine, he received his acupuncture license in 2003, and has worked in both private practice and in a clinical setting for over 17 years. Currently, David works at a multidisciplinary pain management clinic where for the past five plus years he has treated an underserved population.

“I had long been interested in sports performance and sports medicine when I was first introduced to Matt and sports medicine acupuncture at the 2005 Pacific Symposium in San Diego, California. Coming into it, I had felt quite saturated with information and theory on how to treat patients and, to be honest, the information was beginning to sound like the teacher in Charlie Brown, you know, the “wha, wha, wha…”

However, this all changed when Matt performed a demonstration on a volunteer who had shoulder pain with severely limited range of motion. In one unforgettable instant, a dramatic transformation took place with just a few needles. It was at that moment that I committed to his classes and seminars to learn as much as I could about sports medicine/orthopedic acupuncture.

Traveling along my journey as a practitioner, I have been blessed to provide individuals with experiences similar to the one I witnessed that day. I would like to share one that stands out in particular that took place in one of my acupuncture education groups held for interested patients in the multidisciplinary clinic.

An older gentleman came into the group with his partner, who, it appeared, had taken on the role of being his caretaker. The gentleman was experiencing low back pain with pronounced leg weakness and has been suffering from his condition for many years. After discussing TCM principles and fielding questions from the group, I asked if anyone was willing to volunteer and try it out.

This gentleman said that he would, and I proceeded to needle hand points for his low back pain (see reference list below), followed with SMAC treatment protocol we learned using Seirin Pyonex (green) needles on the same hand points, combined with the Master and Confluent points corresponding to flexion and rotation, and GB40 on the elevated pelvic side, in order to strengthen the GB channel.

It was astonishing for both the group and myself to see that by just needling these few points he was transformed. He went from barely being able to transition from a sitting to standing position, to bolting up with increased leg strength, better balance, and less hesitation. What followed was equally moving when his partner burst into tears of relief, joy, and hope, at seeing his partner have – in that instant – an increased sense of function and reduced pain. That was, a special moment.

It is experiences like this that have taught me that true healing doesn’t just occur for the individual, there is a social component that brings with it a ripple effect. Acute and chronic pain affects the patient, their relationships, the people they encounter, and the practitioner.

As an acupuncturist, I have learned to deeply appreciate these aspects of personal and social healing along with the network dynamics of our spiritual, emotional, and physical bodies, and how the energetic health of one affects the other. Using the knowledge I have gained from the SMAC program has helped me to better understand and communicate this truth to my patients and also confirm its value and validity.”

To connect with David, visit him C.SMA Directory Listing.