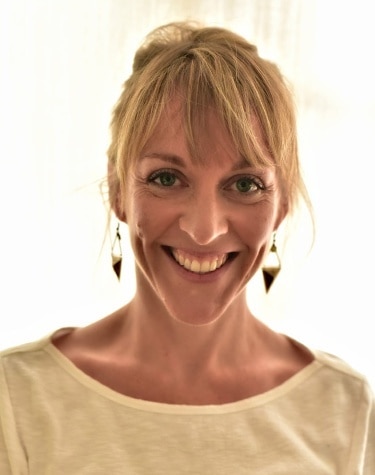 L ili Gould L.Ac., C.SMA received her acupuncture license in 2008 from Pacific College or Oriental Medicine in San Diego and completed her SMAC training during the first SMAC program in Boston in 2010. She has taught the Motor Point Location class in the past three San Diego SMAC programs and is a Healing Touch practitioner in San Diego.

This is a case study presenting Lili’s use of a combination of SMAC training and energy therapy known as Healing Touch™ called for a 25 year-old female professional ballet dancer in San Diego, California.

The patient presented with symptoms on the right foot with pain between the 3rd and 4th metatarsals and paresthesia radiating into the distal 4th toe.  Morton’s Test was used to diagnose a probable neuroma between the 3rd and 4th toes. The injury began about a year ago with a recent exacerbation three months ago during an increase in training. She experienced most of the discomfort when performing releve in soft shoes or barefoot, which is a movement where the ankle is in extreme plantar flexion with all the body weight on the metatarsal-phalangeal joints.

Upon examination, she has foot over-pronation diagnosed with Helbing’s sign and Navicular Drop test. In addition, her anterior-transverse arch was collapsed with weight bearing. Her posture was a combination of an anterior hip shift and a forward leaner. This posture creates a forward center of gravity and increases pressure on the anterior foot which could predispose her to this injury and make rehabilitation more difficult. Her tongue was pale with red tender sides and her pulse was thin and tense.

The initial treatment began with a back treatment that included pelvic balancing, Huatuo points of Kidney, Liver and Spleen, as well as motor points such as biceps femoris long head, flexor hallucis longus, as well as peroneus longus and brevis, in addition to UB 10, KID 6, LV 3 and PC 6. While this set of needles was in, Healing Touch was performed. Healing Touch is an energy therapy in which the practitioner consciously uses her hands in a heart-centered and intentional way to support and facilitate physical, emotional, mental and spiritual health. T

he front side of the body was treated next and included points, such as Ren 12, LI 10, ST 36, SP 6, GB 27, to affect the psoas, motor points such as tibialis anterior, tibialis posterior, peroneus tertius, and the combination of the dorsal interossei and lumbricals to affect the Morton’s neuroma. Direct moxa was applied to the painful site and followed by myofascial release of the lower leg compartments and foot.

Postural exercises that emphasized hip abduction and adduction were prescribed to ameliorate her postural imbalances, along with towel strengthening exercises to address the collapsed medial and transverse arches. Post acupuncture and Healing Touch treatment, the patient sat with a hot pack sandwich (a hot pack in a towel placed under the foot and on top of the foot) was used on her right foot while seated. Zheng Gu Shui herbal liniment was placed over and under the impinged neuroma. The patient was given Foot Sinew Decoction for a home self-care hot soak.

When she returned to the clinic five days later, she reported a pain decrease of 70% in the releve position and she commented, “Now that I feel my hips are changing to a more correct position, I realize how far forward I have been all this time!” Even after seeking prior acupuncture and physical therapy for this injury, she said that she is just now feeling optimistic for the first time and that she is finally able to picture herself returning to dance.

To connect with Lili, visit her SMA Instructor page.