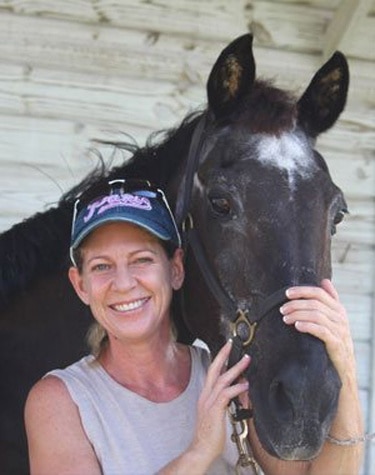 “It’s been 10 years since I graduated from the first SMAC class in 2010. To say that this program has done nothing short of make for an extraordinary and extremely satisfying a career for me is an understatement.

As a former world champion in equestrian events, I have always wanted to work with athletes, and with a background in bodywork and massage therapy, musculoskeletal issues were my focus. When a colleague and good friend of mine found the SMAC program in Boston, I was over the moon to learn this type of treatment and incorporate it into my practice. My goal was to create a niche for myself because there are so many acupuncturists in my area.

My first ‘breakout’ moment was with a skeptical Western Medicine-minded nurse and triathlete, training for her first Boston Marathon that she had qualified for. She had some nagging knee issues and was open to acupuncture after having been referred by some other athletes. I did a treatment on her following one of the SMAC protocols I had learned and she reported back no pain when running the marathon in addition to she had run a record time for herself. Needless to say, that was eight years ago and she has been a patient ever since.

Since then, with my specialized SMAC training in hand, I have been the go-to girl acupuncturist for a local triathlete team and running group that I sponsor. I also work with elite ultra-marathoners, and I am referred many patients from top orthopedic physicians, pain MD’s, chiropractors and other trainers in the area. My SMAC certification has enabled me to specialize with so many types of athletes, from amateurs and weekend warriors to professional soccer players, polo players and professional tennis players.

I’ve worked for the past four years with XPE Sports in Boca Raton Florida on their recovery day for their athletes coming to train for the NFL combine. I am privileged to work with many notable players including an elite running back from the Baltimore Ravens and other stand-out players from other NFL teams. The players love the combination of treatment protocols that include not just the specialized needling that we learned in SMAC, but also the myofascial release techniques and corrective exercises that brings together a comprehensive treatment and different from many other acupuncturists.

Thanks to the SMA training and the excellent faculty, this program has helped me to create my dream career. There are really no words to express how much gratitude I have for that!”

To connect with Holly, visit her C.SMA Directory Listing.