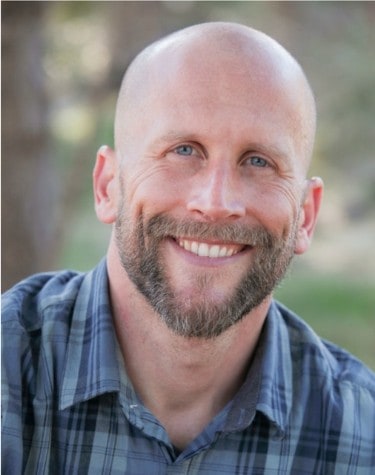 The patient arrived in the clinic four weeks after sustaining a severe spiral fracture to her tibia from a large cliff drop. She had undergone orthopedic surgery and was left with 18 screws in her tibia, along with significant muscle atrophy of her entire right leg, multiple segments of spinal pain (particularly in her neck), and severe tibial and peroneal muscle pain.

Upon examination, this patient presented with a 3-inch anterior head carriage, a posterior tilted rib cage, asymmetrical pelvic tilts with the right hip posterior, and knees shifted 2 inches anterior to midline. Gillett’s test was positive on the right, with a fixated right SI joint likely contributing to her lower back pain. Manual muscle testing revealed weak right glute medius, TFL, tibialis posterior, and peroneus longus/brevis/tertius. She also had a reversed firing sequence in her right quadriceps and bilaterally weak psoas and popliteus muscles suggesting vertebral fixations at her occiput/C1 and C4-6, respectively. Her tongue was pale, puffy, and scalloped on the edges, with a weak and soft right guan pulse and a weak and wiry pulse on left.

Her first acupuncture treatment included acupuncture and e-stim to TFL, vastus medialis, vastus lateralis, tibialis posterior/anterior, and the peroneal group. Traditional acupuncture points included SJ5, GB 41 on the right and ling gu/da bai and SP 6 on the left. Acupuncture was also applied to the area approximate to right SI 18 to help turn on the yang TMM group. This point alone was used just after diagnostic testing and immediately returned strength to her TFL, gluteus medius, and peroneals. It did not, however, have any effect on her VMO firing sequence. On her back, huatuo jiaji points of C2, C4-6, T8, T12, and L4/5 were used while blocking her hips and balancing her pelvis. Adjunctive points for the posterior side treatment included UB 62/58, SI3, and KI 3/7. Tui na massage was used along with application of liniment and heat from a TDP lamp.

Immediately after her first treatment, her VMO sequence was restored and popliteus and psoas muscles were bilaterally restored to strength. Her pelvic tilt was returned to neutral, all of which resulted in prompt restoration of a feeling of knee and hip stability and improved function. No exercises were prescribed because she was in a very comprehensive PT program, however an acute injury Dit Da Jiu was prescribed (Jared’s personal formulation) along with a Stage 2 Internal Trauma Herbal Formula (Golden Flower) for the first formula weeks, and then a Bone and Sinew Mending Formula (Golden Flower) was prescribed for three more weeks.

One week after her first treatment, she returned to the clinic stating that while she was very sore for three days after the treatment, she felt significantly better and her physical therapist even noticed a “profound” difference in her strength and ability to perform her exercises. She continued with this program for eight more weeks and her orthopedic surgeon was impressed with her recovery time, stating that it was not common for such a prompt improvement, and he suspected that this certainly had something to do with her acupuncture treatments. She has continued with PT and acupuncture and was able to return to the slopes this winter.

She proclaimed, “I will tell everyone I know about acupuncture treatments with you! No one should be in an orthopedic recovery program without these kind of treatments!”

To connect with Jared, visit him C.SMA Directory Listing.