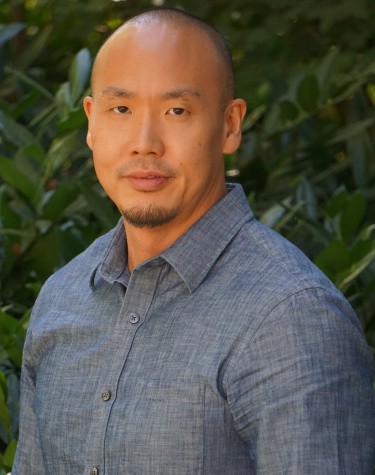 Sun Yun, PharmD, MAcOM, DiplOM, LAc, C.SMA completed the SMAC Program in October 2019. He is currently a sports acupuncturist in Kailua Kona, Hawaii — certified in Sports Medicine Acupuncture®. In addition, Sun has a doctorate in pharmacy and is a national board-certified practitioner of both acupuncture and herbal medicine.

Below he presents an in depth case study on an acute lumbar disc injury on a patient whose chief complaint was low back pain with severe pain going down the leg.

“On his initial office visit, the patient, a 35-year old male, avid surfer and boxing instructor, reported lumbosacral and gluteal pain with left-sided ‘sciatica.’ He recalls surfing two weeks ago when a wave broke before he anticipated, and he felt a ‘sharp twinge’ in his low back. For the most part, he tried to ignore the pain and was able to finish his surf session for a couple more hours. By that evening, he was in severe pain and unable to bend forward. By the next morning, he was unable to get out of bed.

The patient reported that he was unable to bend forward or sit for any period of time. In addition, he had extreme difficulty rising from seated position. Coughing and sneezing induce a ‘shocking’ and ‘shooting’ pain in the lumbosacral region. Getting in and out of bed, or using the bathroom was very difficult and he noticed he was standing in a ‘crooked’ posture. He felt a constant stabbing and shooting pain down into his glutes, down the posterior thigh and lateral leg to the top of the foot. He stated his pain levels were ranging from a 7/10 to a 10/10, and his mobility was severely compromised.

The patient stated that he has a long history of low back pain that will come and go and that it started in his teenage years from a skateboarding accident. Over the past year, his low back has had episodes of ‘giving out’ from various activities (surfing, mowing lawn, etc.), resulting in being bedridden for a few days and activities of daily living being severely compromised. Eventually, with chiropractic intervention, the symptoms would gradually diminish.  However, with this acute injury and after two chiropractic treatments within the last two weeks (post-injury), the pain was progressively getting worse.

Upon my examination that I learned from my Sports Medicine Acupuncture (SMA) training, the patient’s static posture assessment revealed a left elevated ilium, a left posterior pelvic tilt, a right anterior pelvic tilt, a left pelvic rotation, a right lateral tilt of the ribcage and an anterior hip shift. His range of motion was severely limited and reproduced his symptoms in forward flexion, left lateral flexion and left rotation.

A dermatomal examination showed reduced sensation at the left GB 39 region and dorsum of the foot. The region most tender to soft tissue palpation was the left paraspinals in the L3-L5 region.

After the examination, my assessment based on his history, signs and symptoms that he had a probable lumbar disc injury at L5, qi and blood stagnation in the UB and GB channels of the hip and lower extremity and an underlying KID qi deficiency. I advised him that an initial treatment plan of 2 times a week for 3 weeks would be advisable, and then we would reassess.

The SMA acupuncture treatment for the initial visit included 2 sets of needles:

Auxiliary modalities included infrared heat lamp in the lumbar region at all 6 visits, myofascial release techniques separating the pelvis and ribcage on the side of the elevated ilium and opening up the UB sinew channel on the left hamstring. Cupping was performed visits 1-3 on the bilateral erectors and on the left gluteals. Guasha was performed visits 4-6 on the thoracolumbar fascia and the lumbar erectors. L5-S1 nerve floss and PNF was administered at visits 3-6.

Corrective exercises over the course of the 3-week treatment plan were based on patient tolerance and included the Pyonex needle protocols taught in my SMA training.

After the initial 3 visits, the patient reported that his pain had decreased from a 7/10 to a 3/10, his radicular symptoms had ceased with his pain centralizing to his lower back, and his antalgic posture was corrected. After the 4th visit, his pain had reduced to a 2/10, his initially weak and painful Manual Muscle Tests were pain-free and strong, and his pelvic asymmetries corrected. After his 6th visit, his pain had reduced to a 1/10 and he was back to his full activity levels except surfing, and we planned a follow-up visit in 2 weeks. At that follow up visit 2 weeks later, the patient reported that he was back to full activity levels including surfing and continuing his daily corrective exercise routine. He was released from care at this point.”

To connect with Sun, visit him C.SMA Directory Listing.