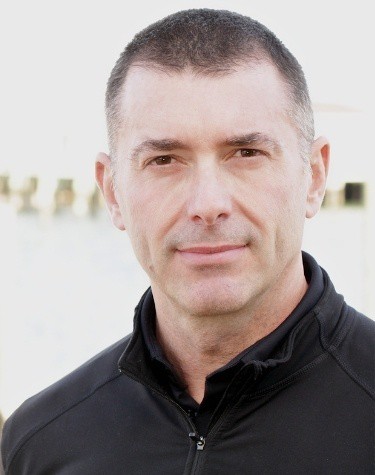 “As a certified practitioner of Sports Medicine Acupuncture with a busy clinic, I often witness the incredible effectiveness of the SMA techniques, but once in a while, miraculous recoveries occur before my eyes. I can recall one such case early on in my SMA training of a woman in her 50’s who was suffering from severe persistent headaches and extreme neck and shoulder pain. She had drastically limited ROM in her neck which practically immobilized her head. She was getting no sleep and was miserable. Imaging revealed severe cervical spondylosis and the degeneration of several discs, with the lower vertebrae appearing to be fused. The only option the doctors were suggesting was surgery, which she was not willing to do. She had an intense job, in charge of retail sales for a popular French fashion company, that required frequent travel and stress. Her headaches, neck and shoulder pain was consuming her emotionally and physically.

On her first treatment, orthopedic testing (Jackson’s Compression, Spurling’s, Bakody’s) confirmed what the imaging was showing. I treated her for lower cervical vertebral degeneration and C5-C6 facet joint impingement, in addition to addressing her pronounced Kidney and Liver yin deficiency.

I gained confidence in my anatomical and needling skills from what I learned in my SMA training that included deep needling into the cervical HTJJ points (particular location for the facet joints) and the muscles of the sub-occipital triangle. In my assessment, I had assessed for cervical and upper thoracic vertebral fixations, which I found in the cervico-thoracic region. She had a forward head and forward shoulder so I treated motor points for muscles to balance the upper, middle and lower traps as well as the anterior scalene. Constitutional points included were KID 6, LIV 3, UB 18, UB 23.

After needling, I proceeded with myofascial release techniques we learned and also neck decompression using a towel.

When she got up from the table, her headache was gone, and she had regained almost full range of motion! She returned once a week intermittently (due to work and travel) over the next few months, but she reported that ‘it was a miracle.’ Her headaches were gone and she was sleeping at night. I don’t know who was more thankful, her or her husband. After treatments, she would love to whip her head around to show me how much relief and range she now had, but I had to stop her!!

Before leaving my office, I went over dietary recommendations with her due to a high consumption of coffee with periodic meals. She presented with mostly SP deficiency patterns with Kidney and Liver yin deficiency. She has responded well to the diet modifications and has become a huge advocate of my work, and still is to this day.

In gratitude, I have been true believer and advocate for the Sports Medicine Acupuncture Certification program created by Matt Callison since my first introduction when it was being taught at NESA in Boston in 2012. SMAC was the missing, yet essential, piece that helped to elevate my game in properly assessing, diagnosing, and treating effectively simple to complex musculoskeletal conditions and injuries. SMAC also gave me the proper language to communicate effectively with fellow practitioners in the more “western” medicine, including Chiropractors, physical therapists, and rehabilitative trainers, which allowed me to create a network of like-minded professionals where our goal is to collectively integrate our patients back in the game. Additionally, in the early days of SMAC, where I needed lots of great “sports injuries” to practice on, I worked with the local sports teams pro-bono, including the East Hampton Mens soccer team and the Montauk Sharks rugby team. Not only were the guys super appreciative, but I was able to hone in my SMAC skill set and it helped to create great “street cred” for me being recognized as one of the top practitioners on the east end, which I am in immense debt and appreciation to Matt, Brian Lau and the faculty of SMAC. It was also a privilege to assist Matt and Brian in a few SMAC Modules over the years in New York, Chicago, and San Diego, and watching the program to continually evolve and get better.”

To connect with Kevin, visit him C.SMA Directory Listing.