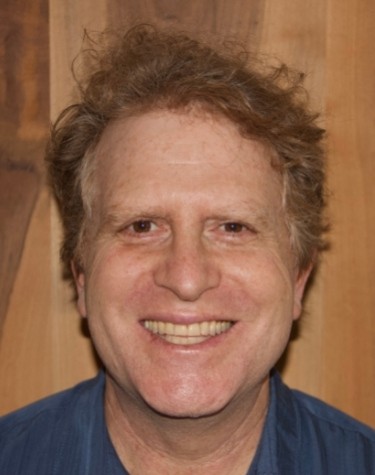 Daniel Raider, L.Ac., C.SMA completed the SMAC program in January 2013, and is now a practicing sports acupuncturist in Portland, Oregon.

“While studying at Oregon College of Oriental Medicine I became intrigued by Dr. Richard Tan’s Balance method and went on to study with him intensively over the next 8 years. This style acupuncture enabled me to establish and grow my practice.

I was particularly interested in the concept of the homeostasis (“balance)”, that could be achieved through employing this method. And yet, as I reached that 8-year mark, there were a moderate number of cases in which I felt that the core issues were either not addressed or the condition was not alleviated to the degree that I had considered feasible.

As luck would have it, while investigating new directions and also trying to cover the CEU requirements, I happened across an add for a seminar on low-back pain by Matt Callison in Seattle and thought that the approach looked interesting.

From the first day of the seminar, I was hooked. Matt’s system for diagnosis and use of Motor Points overlapped very well with that of the Tan work I had been doing. Using the Motor points to “reboot” the muscles and re-establish homeostasis in the sets of muscles affected was impressive. Additionally, the yin-yang approach of treating both the affected and antagonist muscles provided an eloquent base for the full breadth of the practice. Add in the use of Hua Tou points, as well as sinew channels, and I soon saw a complete practice. One of the strengths of this practice is the ability to incorporate Tan-style acupuncture as an overlay, more directly addressing the Zang-fu and channel-related patterns, as well ad pain relief, adding to that of SMAC.

So, 14 years later, as I think through the diverse patients I have seen, one in particular comes to mind for this article and, of course, this patient came to see me as I was thick into the SMAC course section on Low Back and Hips:

CASE: Male Px, 49, presenting with Bell’s Palsy (BP); this px came to see me after a 4-week period of symptoms for BP. The px was moderately overweight, workaholic with a history of concussive brain trauma (treated in-hospital), deemed fully resolved by this time. I used traditional points for BP including: LI 4/11, GB 1, SI 19, ST 7/8/36 and GB 20 as well as Tan-method distal Liver, Lung and Urinary Bladder points. Results were marginal after three treatments, so I added a number of additional muscle Motor Points (MP) including masseter, Buccinator, Temporalis and Zygomaticus Major (SI18) and Minor and Risorius. Microcurrent was was used for most of the MPs as well as SI19/ST7 and 8. In addition, moxa was utilized. For a couple of these MPs, it was my first experience needling them. The px returned the following week with significantly greater control of the lips in particular—where the more extreme symptoms were present. We continued this treatment two times per week for the next three weeks after which the patient had improved by approximately 90%. We reduced the frequency to 1x/week for a couple more weeks until the px was back to normal presentation.

At the end of the treatment for Bell’s Palsy, the px asked me if I could work on his low back pain. He hadn’t mentioned it up to that point because he was uncertain whether acupuncture “worked,” but was now convinced. This px is a well-known interior designer in the Pacific Northwest. Part of his job was to put together mock walk-throughs for his clients, but he couldn’t as much as lift a light table lamp and move it from one part of the room to another without experiencing back pain. The px had a history of a motor vehicle accident many years prior, as well a singular traumatic incident while doing yard work (in 2007) during which he heard an audible “snap” in his back and subsequently underwent treatment for a herniated disc. Though his constant pain from the herniated disc had resolved, he was still experiencing nerve-related pain (what he called “sciatica”) down the thighs bilaterally if he did not flex at the knees carefully with hip flexion—especially with picking up any item. His activities were severely limited. In addition, he felt “tension” along the hamstrings and into the achilles at the attachment to the calcaneus.

By that point in time, I had attended completed the Low Back and Hips portion of the SMAC program, so I took him through a detailed analysis of his back using what I had including: multiple manual muscle tests and a review of his hip structure (anterior to posterior, rotation and hip height).

A series of acupuncture treatments were performed and included the following points:

I treated this px using these points as the base for point selection for several weeks and the px saw moderate progress but was still in significant pain with hip flexion and with carrying anything.

At the end of this round of treatment I got into the Posture Assessment and Corrective Exercises portion of the SMAC Program. After that intensive weekend of studies, I came home prepared to get another round of analysis of the patient. The next time I saw the patient, several days after returning home, I had hime go through the Overhead Squat (OHS) exercise and a much greater portion of the pattern became clearer to me. The results were as follows:

With the use of the dejarnette blocks under his heels to compensate for the tight heels and hammies, we repeated the OHS, as I had seen over the previous weekend, and the px was able to perform the exercise with much more ease. Over the next few weeks I increased the points selected to include Gastrocnemius and soleus Motor Points and Hamstring points bilaterally. In addition we worked several Ashi points in the medial portion of the gastric muscles. I provided the patient with exercises to stretch the calves and hamstrings, including runner’s stretch, had him foam roll his calves and started the patient on exercises to address the tendency for “toeing out” “knees move out and “heel lift”. These exercises included: Hip Adduction and Wall Sit, Inverted Heel Raises and Toe Raises. The patient was very compliant and did these regularly daily for the next few weeks and then several times on a weekly basis after that.

At the end of another few weeks of weekly visits, the patient’s pain level had been reduced significantly. We continued with treatment for another month at which point we slowed treatment to every other week and eventually to once a month. The patient felt such relief from the treatment that he eventually started to work in his garden and went on to do a total makeover of his yard, including use of a jackhammer to take up areas of concrete and hauling this away into a dumpster with a wheelbarrow. The patient remained pain-free through the renovation of his yard. Fast forward to today, that patient continues to see me roughly monthly or every other month for treatment. In that period of time, he has only had a couple periods of more minor low back strain. At those times, he comes to see me as a more frequent clip and we’ve been able to resolve the pain. I’ve also seen him for chronic cervical pain, which has improved with the reduction in low back pain.

It’s interesting how cases like this seal in the information that you learn from a program like SMAC. This program has given me an incredibly valuable set of tools for a complete diagnosis and treatment of the patient, that I use elements of it with newly every patient I see in the clinic and for many years now. Looking back, I can see how much more efficient I am at use of the diagnostic and treatment techniques I learned in SMAC. And, l increasingly lean into my intuition, as well, as that skill set becomes more imbedded in my approach for each patient that comes in with musculoskeletal concerns.”

To connect with Daniel Raider, visit his C.SMA Directory Listing.