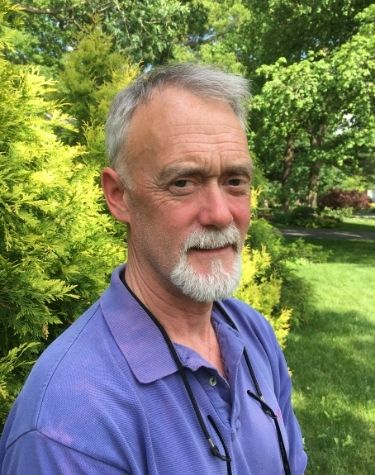 Daniel Zal graduated from the New England School of Acupuncture in 1993, and completed six different, two-day continuing education classes with Matt Callison before the SMAC program was established. He was in the first SMAC graduating class of 2010, and has been practicing for 28 years making him a well qualified sports acupuncturist in Albany, New York.

Dan has four adult kids that are all out of the house and self supporting, a wife of 35 years, and a Main Coon cat. His favorite hobbies include skiing in the winter and driving a high performance German sports car as fast as possible around a race track in the summer.

“I see a wide range of patients, teenagers to nonagenarians. For about the last 10 years, I’ve had an associate acupuncturist/herbalist working in my office and refer most patients with internal issues to her. I focus on physical medicine. I don’t see many professional athletes, but I see a lot of people with difficult issues that have not responded well to mainstream medical care.

The information available and skillset developed thru the SMAC program was foundational to understanding the etiology of a wide variety of the common problems seen in the clinic. Being able to explain in simple English what the issue is, and how treatment will help correct it, engenders confidence in both the patient and practitioner. As we all know, acupuncture is a powerful therapy. But, the best and most enduring changes often occur with the incorporation of postural corrections and manual techniques taught in the SMAC program.

One of my case studies involves a male, approximately age 30, who was complaining of pelvic and low back pain. The precipitating incident occurred while playing basketball when he felt a pop in his pubic symphysis after grabbing the ball in a bent over/flexed position and forcefully straightening up while rotating. He had been in some distress over a period of months, while under the care of an orthopedist and a couple different physical therapists. By the time he came to me, his orthopod was suggesting a fusion, with a plate and some screws. He was not eager to have this procedure.

On exam, his pubic bones were noticeably displaced and his pelvis had some distortions. The most obvious was the right side of his pelvis was rotated anterior and the left side was posterior.

I treated the motor points of the glutes, lumbar paraspinals, adductors and rectus abdominis. But, I believe the real key was prescribing pelvic tilt exercises while holding a ball between his knees and engaging his adductors. Squeezing the ball would decompress the pubic symphysis while the simultaneous flexion and extension would help mobilize his pelvis. After doing this exercise I had him lie on his back with his hips flexed and had him repeatedly push on his right knee while pulling on the left knee to help realign the pelvis.

The combinational treatment of sports medicine acupuncture and exercises I learned in the SMAC courses (Postural Assessment and Corrective Exercise) was once a week for four weeks, after which time he was pretty much symptom free, at least enough that he didn’t feel more treatment was warranted.”

To connect with Daniel, visit him C.SMA Directory Listing.