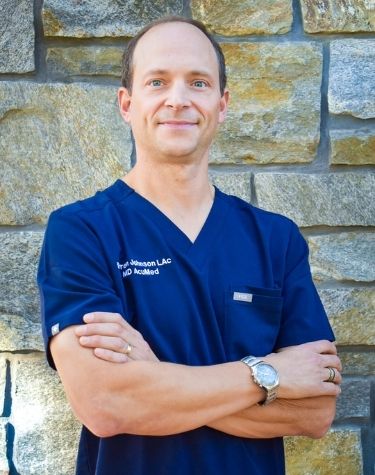 Darren Johnson, L.Ac., C.SMA completed the SMAC program in February 2012, and is now a practicing sports acupuncturist in Maryland, in the city of Kensington.

“Without exposure to the Sports Medicine Acupuncture Certification (SMAC) Program, I am not confident that I would still be an acupuncturist, certainly not with the success at which I have had in treating athletes and orthopedic injuries.

In contemplation of my past accomplishments, I was reminded of a particular case in which I was able to support a Masters Level Crew team member not only return to competition, but also to medal in several National events across the country, in consecutive years! There were occasions that she and her team beat some of the best teams in the country, including the famed Boston, MA crew race team in the Boston Headwaters races, their home turf!

She came to me after she joined a Washington, DC crew team and began intensive training with a very strong and dedicated team of women. A.L. was a collegiate rugby player, who over the years was an ambitious high level competitor with a drive toward success. However, the high level of play led to increased wear and tear on her body. For example, she could no longer perform in running sports due to grinding her knees to the bone. A.L. came to me with severe back spasms caused by the position she took in the boat that placed new forces on her body.

On examination, A.L. had bilateral forward rotation in her hips, (right side was more pronounced), as well as forward hip shift, positive for MMTQL and Erector Spinae group on the right side with weak abdominals. In addition, she would often complain about right side hip and thigh pain.

Early on in her treatments I learned that I needed to progress lightly on her back, as her muscles would spasm through the treatment, bending the needles. In an effort to avoid this scenario, I applied several techniques I learned in SMAC, including combined Tui Na and myofascial release techniques and the use of distal point selection.

A.L. responded positively to alternating treatments with TH 5, GB 41, and SI 3, BL 62; with the addition of points used to improve hip alignment on the right, specifically Glut Min MP, Glut Med MP and TFL MP. Over several sessions the spasms began to reduce and I was able to start working with the lower HTJJ points.

In time, the treatments allowed A.L. to increase her training regimen, improve her rowing ability, proving her to be a powerful member of her 6 and 8 member crew teams, medaling in several national level competitions. Over the years, and due to such positive treatment results, she continues to regularly refer teammates and close friends.

This experience became the initial turning point for me to realize my potential as a sports medicine acupuncturist and redevelop my passion for the medicine. I continue to work with athletes in the local area ranging from weekend warriors, high school competitors, to Maryland Olympic Development Program soccer players, and collegiate and Olympic level athletes.

Additionally, I worked for nearly five years at a Center of Integrative Medicine clinic on the campus of a local hospital system. I was fortunate to be the first and only acupuncturist in the state of Maryland to work with this hospital system.

I credit my training in the SMAC Program to my ability to converse with the physicians in various departments, including Physical Therapy and Pain Management, using medical language and terminology that is commonly used among physicians. My ability to converse with these physicians in an open dialogue has allowed me to become a respected authority in my field. I continue to receive regular referrals from PT clinics, Pain Management physicians, and Cardiologists alike!

I am incredibly thankful for the exposure and tools I learned in the SMAC Program. The completion of the SMAC Program transformed my practice and drastically improved my ability to treat athletes, with respect to orthopedic, and musculoskeletal conditions.”

Darren Johnson L.Ac., M.Ac., C.SMA, completed the SMAC Program in the Spring of 2012, at NESA in the town of Newton, MA. He is currently working as a co-owner in private practice at MD AcuMed with his wife, Dr. Stephanie Johnson, in Kensington, Maryland (Montgomery County/ Washington DC Metro area).

To connect with Darren Johnson, visit his C.SMA Directory Listing.