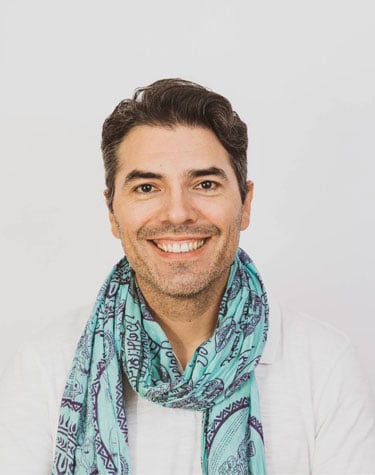 Fernando Escobar completed the SMAC program in March 2017, and is now a practicing sports acupuncturist in Los Angeles, California.

“A specific patient that inspired me was a 38-year-old man who hobbled into my office. He had injured his back lifting some heavy bags at work. His back locked up—causing severe pain to radiate down his left leg and ankle. He tried five chiropractic treatments with no improvement. An MRI was scheduled, but it was scheduled for over a month away. I felt bad for the man as he grimaced in pain when he walked.

I was able to situate him comfortably on the treatment table and performed some orthopedic tests carefully such as:

The most severe pain was with walking. Observing his dermatomal pain pattern combined with the Orthopedic tests, I found the source of his sciatica to be from L-5 to S-1 with probable disc protrusion.

I treated him using tools I had learned from my SMAC training along with electrical stimulation on GB 34 and GB 30, the L5 nerve root and myotomal sciatic protocol, Gua Sha from mid-back to L5 area. I prescribed a couple of postural corrective exercises; Figure 4 Wall stretch for his unilateral anterior tilt, kneeling psoas stretch, gluteal stretch, ending with a wooden back roller on his Huatuojiaji points level with the upper lumbar and lower thoracic vertebrae.

After 4 treatments, 2x/week, he improved to about 60% to the point where his wife called me to graciously thank me. She was terrified he would not be able to walk or work anymore as she observed his suffering every day. After a long wait to get an MRI, his findings came back stating an L4 to S1 disc desiccation, mild disc height loss, 2mm diffused disc bulge with central disc annular fissure at L4 to L5. And, a superimposed 2 mm left central disc protrusion on top of another disc bulge at L5 to S1, with narrowing of the left lateral recess with the contact of the traversing left S1 nerve.

We continued twice a month treatment for 3 months. I have not seen the patient for a couple of years since his discharge, but I know he would have returned if otherwise. And I must say, my SMAC training has allowed me to see many people in great need of pain relief and rehabilitation from their injuries.