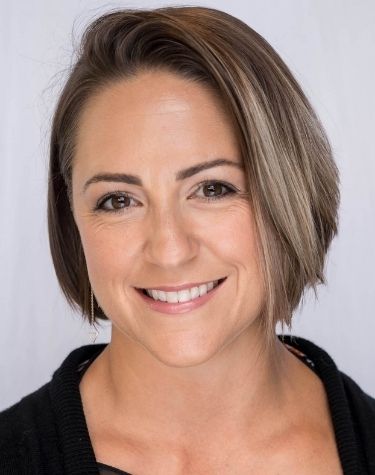 “I had a unique opportunity to observe the process of making and fitting a new prosthetic leg for one of my Paralympic athletes, Scout Bassett, this past week. She is the current (and 7 time!) U.S. Paralympic Track and Field T63 National Champion in the 100-meter sprints. She competes in the Above Knee (AK) amputee class (T63), though technically, because she is amputated through her femoral condyles, she is called a Knee Disarticulation (KD).

On her residual limb (right leg), her hip and thigh muscles are all intact, but her hamstrings, adductors (sartorius, gracilis, adductor magnus) and quadriceps were re-attached to her femoral condyles during amputation—all of which lack tone and strength, as to be expected. I have been working with her for the past year and a half supporting her with general post-training recovery and episodic low back pain following long or hard running days. Being an elite athlete, she responds extremely well to treatment. She came to me through a referral from another Paralympic teammate who I had helped with similar issues.

After using the assessments we learned in SMAC Modules 2 and 3 (pelvic alignment, manual muscle testing and orthopedic exams) and observing her running/gait mechanics, we have been working primarily on rebalancing her pelvic alignment.

One of the challenges she faces with her current running leg is that there is no knee joint (Fig 1B – OLD). Therefore, in order to swing her right leg from extension to flexion, she must abduct her leg to avoid catching the toe of her running blade on the ground—her prosthetists refer to this gait pattern as circumduction. This repetitive motion locks her right glute medius/minimus short, pulling her into a Trendelenburg gait. As a result, this locks her left QL and adductors short, contributing to elevation of her left hip.

Additionally, being a sprinter, she naturally has a bilateral anterior pelvic tilt (left greater than right), which contributes to locked short multifidi and erectors in the lower lumbar spine and creates additional compression in her left sacroiliac joint. Treating these imbalances with the techniques we learned in SMA have helped her recover faster and continue training; however, without any major change in her running prosthetic, she will continue to have these issues due to the repetitive stress.

My patient’s goal is to compete at (and win!) World Championships next year and the Paralympics in 2024. The current world record holders in her class are running with a prosthetic leg that has a knee joint (unlike her current leg) and they are running 2 seconds faster than her. According to her coach and prosthetists, the knee joint provides a clear advantage (assuming proper fit and technique) because it allows the runner to maintain better mechanics through the swing phase of their gate (i.e. more flexion/extension, less circumduction), which generates more power with each step. Upon their recommendation and guidance, she is attempting to make the switch in her off season (now). Being that this switch will impact her pelvic imbalances (and vice versa), I wanted to meet with the experts and see the new prosthetic (Fig 1B – NEW) firsthand to learn and understand how I could best support her with the transition.

My SMA training gave me the language and knowledge to have intelligent and relevant conversations with these western practitioners. By having those conversations and earning their respect, I was able to participate in and even advise on adjustments during the fit/test process. With her new setup, we will continue to work on her pelvic imbalances, but we will also work to improve neural signaling to her glute max and hamstrings as well as her rectus femoris and psoas to help her assimilate her new gait pattern. 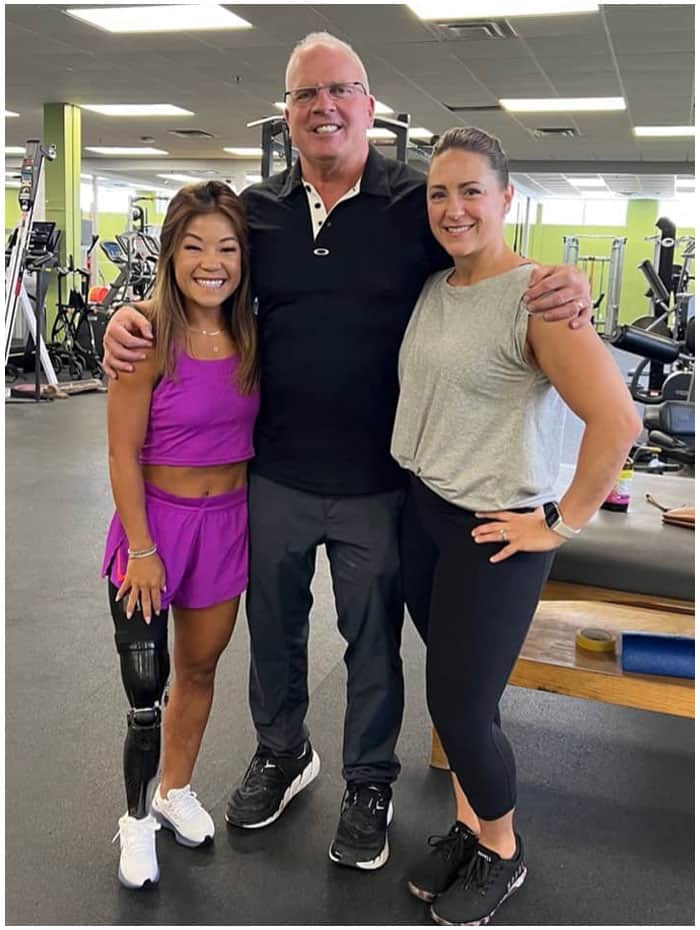 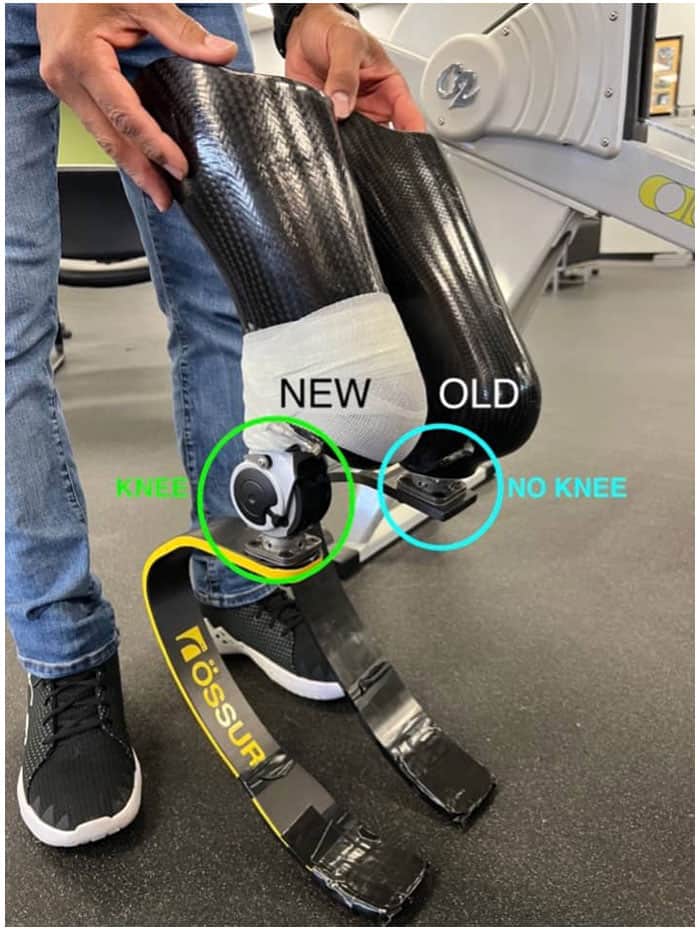 My patient has been working with her prosthetist, Stan Patterson, for 20+ years—he owns and operates a world-class 23,000 square foot facility in Orlando, Florida called Prosthetic & Orthotic Associates (POA) (Fig. 1A). His innovative technology and onsite fabrication lab attracts amputees from around the world. He and his team strive to help as many people as they can and they give every client an equal opportunity to live their best life, whether that’s playing with their grandchildren, walking for the first time or running the fastest 100 meters at World Championships.

Visiting this facility, meeting the staff and clients, and watching the fabrication process was a life changing experience I will not soon forget. I met amputees from all over the world from 5 to 75 years old—each with their own heartbreaking story, yet, there they were with smiles on their faces, grateful hearts, and determined minds. It’s opportunities like this that have come about as result of incorporating SMA training into my everyday practice. I’m forever grateful.

Note: Patient provided consent to utilize HIPAA protected information in this article. If you are interested in seeing a short video on Instagram showing how the prosthetic socket is made click HERE.”

To connect with Michelle, visit her C.SMA Directory Listing.