This blog post is a summary of some of the information Brian Lau, L.Ac., C.SMA recently presented at the Atlantic Symposium in New Jersey this past October 5th. The presentation was on postural assessment, the channel sinews and the zangfu — specifically the pericardium and lung channel sinew and scapular position.

The presentation was only one hour, and this is a particularly large topic, so I had to narrow in to a particular region (the scapula, in this case), examine how certain channel sinews would influence its position, and then look at how that could be part of a whole body pattern which influenced other channels and even the position of the zangfu.

A quote from Dr. Ida Rolf, the developer of Rolfing™ Structural Integration, summarizes this idea — “If it is anywhere in the body, it is everywhere.” 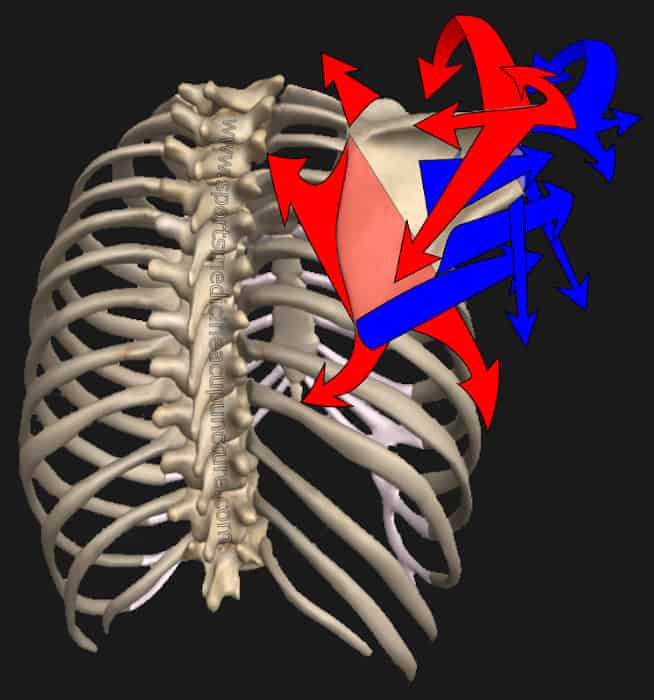 The scapula has 17-22 muscles that attach to it, depending on how you count them. Are you counting the deltoids as one or three muscles (anterior, middle, and posterior)? How about the rhomboids (one for the group or two for minor and major)? This would influence the final number. 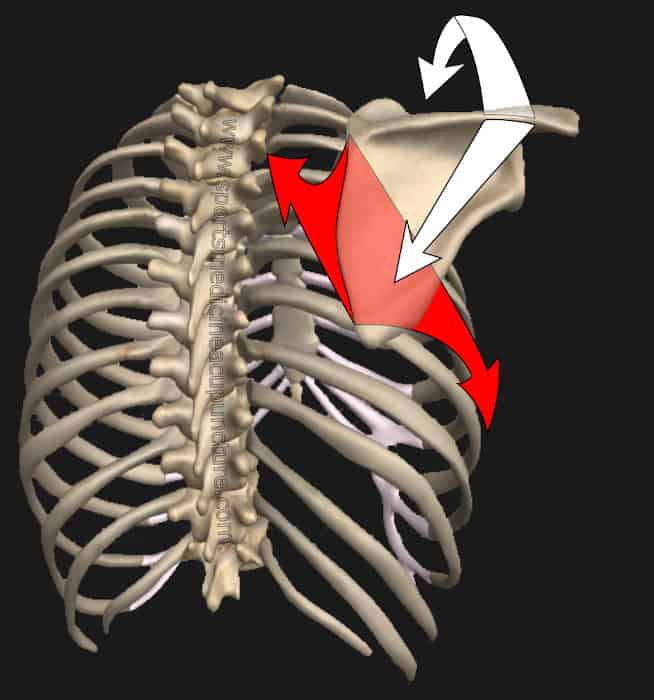 For this post, we will focus on two channel sinews — the pericardium channel sinew and the lung channel sinew — and how these influence scapular position along two diagonal lines indicated in Fig. 2.

Balance in one line (the white line) is regulated by the Lung and related Large Intestine channel sinews. This is influenced by the pull of the pectoralis minor and upper serratus anterior fibers (LU jingjin) and countered by the lower trapezius (LI jingjin). When the structures of the LU jingjin pull excessively, the scapula is pulled into an anterior tilt with a tendency to a lateral tilt (downward rotation).

Balance along the other line (the red line) is regulated by the Pericardium channel sinew. This is influenced by the serratus anterior (mid and lower fibers) and rhomboids (both P jingjin). These two muscles have an obvious fascial continuity at their medial scapular attachments and in SMAC we refer to this as the rhombo-serratus sling. This is adapted from Tom Myers description in Anatomy Trains: Myofascial Meridians for Movement and Manual Therapist.

Check out this video to see a great dissection of this sling:

The rhombo-serratus sling is visible from 1:18 – 1:48, along with other dissection images (so exercise caution if you are sensitive to dissection images). When the structures of the P jingjin pull excessively, especially the serratus anterior, the scapula is pulled into a lateral shift with a tendency to a medial tilt (upward rotation) 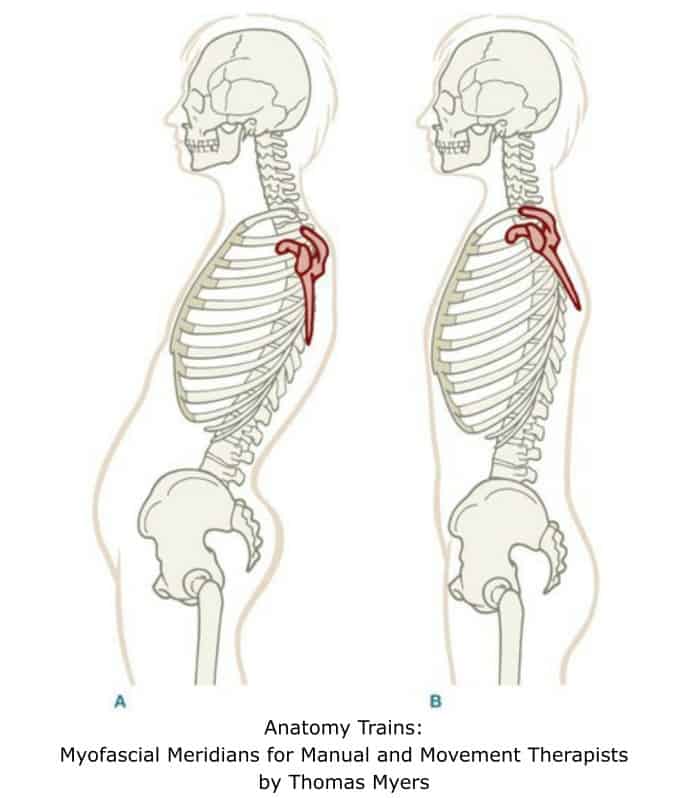 Expanding out from the scapula, the anterior and lateral tilt that occurs when the Lung channel sinew pulls excessively on the scapula tends to occur in combination with an anterior shift of the pelvis and a posterior tilt of the rib cage, a posture seen when the structures associated with the Kidney channel sinew (specifically the core muscles of the body such as the transverse abdominis) becomes inhibited and fail to support the spine and pelvis (Fig. 3, image on the L). 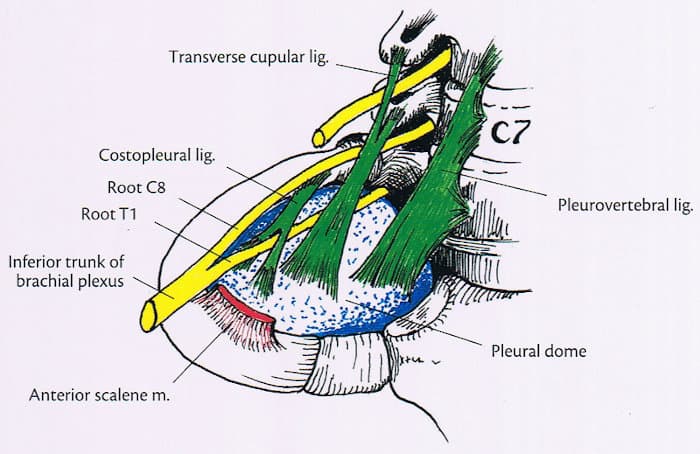 Fig. 4 shows an image from The Fasciae: Anatomy, Dysfunction and Treatment by Serge Paoletti. This image illustrates the pleural dome ligaments which would definitely be affected with this posture, as would other structures such as the trachea, esophagus, and bronchii; all of these structures are associated with the Lung internal pathway.

The restrictions described for the Lung channel sinew would be seen with conditions such as thoracic outlet syndrome, dorsal scapular nerve entrapment, cervical pain associated with related structures (levator scapula TrPs will often form with the positional changes of the scapula, for instance), breathing restrictions, low back pain, and can contribute to TCM patterns affecting the Lungs and Kidneys.

Check out the video below of a Sports Medicine Acupuncture dissection, in which we exposed the brachial plexus and showed its pathway as it exits between the middle and anterior scapula, then travels under the clavicle, through the clavipectoral tunnel and down the upper extremity. This is a likely region of pathology for a patient with key structures in the Lung channel sinew being locked-short, as seen in Fig 5. 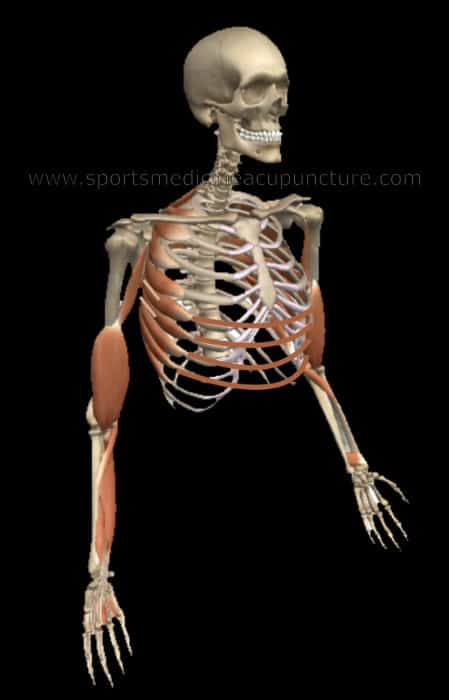 Similarly, the ‘sinews’ of the Pericardium jingjin meet at the costal region of the rib cage and wrap around the lower rib cage to create a strap composed of the fascia at the union of the costal fibers of the pectoralis major and abdominals. Tightness in this lower portion of the Pericardium channel sinew can create a belt-like restriction at the lower ribcage, as seen in Fig. 6. This will coincide with restriction in the pericardial ligaments, seen in another image from The Fasciae (Fig. 7). 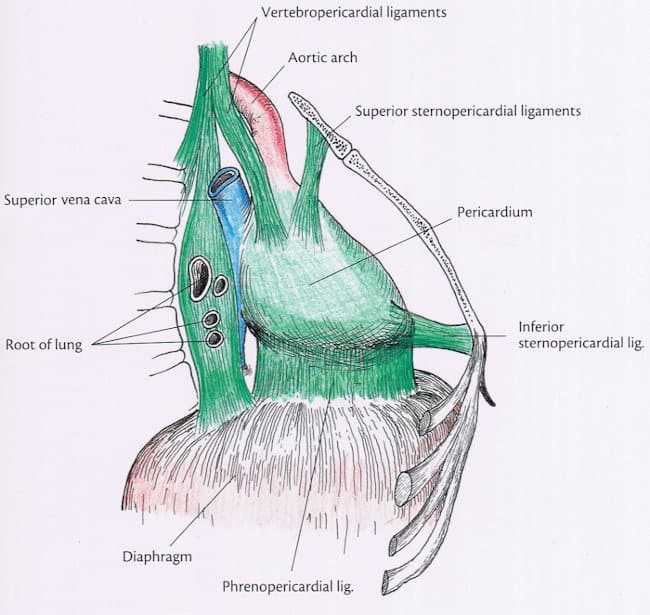 Fig. 7 — The pericardial ligaments, from The Fasciae: Anatomy, Dysfunction and Treatment, by Serge Paoletti

The Pericardium channel sinew frequently becomes dysfunctional in combination with the Spleen channel sinew. This presents with the signs indicated above involving the P jingjin (head forward posture, lateral shift and medial tilt of scapula, belt-like tightness at the lower rib cage), along with indications of involvement of the SP jingjin (a distended, bowed and tight abdomen) (Fig. 8).

This channel sinew pattern can present with cervical pain, especially related to the splenii muscles, shoulder and rhomboid pain; it can contribute to low back pain and also TCM patterns affecting the Spleen.

With the channel sinews as a guide, looking at the scapula can be a window into strain patterns affecting the entire body, including other channels and even the organs. Like any diagnostic tool, this needs to be combined with others (tongue, pulse, questions, orthopedic evaluation, manual muscle tests, etc.) to get a clearer picture of disharmony that patients bring when presenting with an injury.