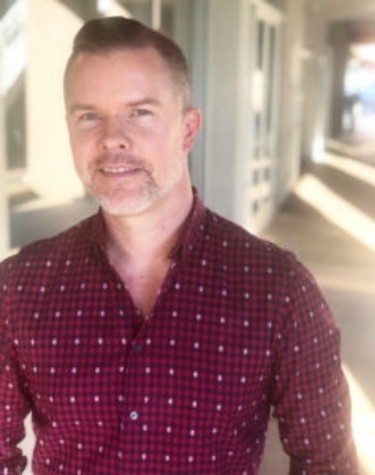 “I can say with confidence that, an acupuncturist living here in San Diego, enhancing my skills in treating musculoskeletal pain and injury is imperative. The year-round outdoor weather results in an endless number of weekend warrior athletes desperate for a new and innovative way to treat both their chronic and acute injuries.

Such is the case with my patient, Daniel (not his real name). This patient is a 33 year-old male who is an avid athlete with a history of competitive CrossFit®.  Today, he primarily engages in Olympic weightlifting and running 1-3 miles 2-3 times per week along the harbor in San Diego.

He had stopped running for the past six months when he came to see me for bilateral Medial Tibial Stress Syndrome (AKA “shin splints”). Running is his “mental reset,” so the absence of this therapeutic exercise is having an effect on mood and mental health.

This patient had been to his medical doctor, physical therapist, chiropractor, massage therapist, etc., and was getting very discouraged about the process of trial and error with no alleviation of his shin splints symptoms. Pain is excruciating enough to force him to stop running about 15 minutes into his normal run. Patient also complains of low back pain.

Daniel’s condition is bilateral, which is not as common for “shin splints” making me initially think to begin looking bilaterally at hips, knees and feet thanks to my SMAC training.

Tender upon palpation medial border of tibia at conjunction of posterior tibialis.  Mild edema and warm to the touch.

Series of 12 treatments over 3 months. 2 twice per week for 2 weeks, once per week for 4 weeks and every other week after that.  Patient now comes once every 3 weeks for maintenance.

I organized them in a way that eliminates as much up and down off the floor as possible and also hits musculature in a way that makes sense anatomically.  The “*” corrective exercises are “must do” for days in which Daniel might be short on time.  The entire protocol 3-4 days per week in the order below.  Foam roll and stretch everyday.

* This is significantly more corrective exercise than I would normally give a patient, however this recommendation matches patient’s constitution, compliance and desire for improvement and knowledge of exercise science.

Daniel reported less pain upon palpation midway through Week 2 of treatment. I encouraged him to avoid running for 8 weeks while the area had time to heal and postural irregularities could be corrected.

After 6 weeks of steady improvement, I encouraged him to walk 10-20 minutes on a flat surface. He reported no pain.

After 8 weeks, he began running for 5 minute increments until he got up to 20 minutes per session by the end of one week. At that time, it was Week 10 and at the end of Week 12 he reported no pain with his prior running distances of 1-3 miles 2-3 times per week.

Daniel is currently pain-free and has stated to me that this was the type of holistic treatment he had been looking for all along. He could not find anyone who would really take the time and explain what was happening from a physiological and structural issue and then offer a realistic roadmap to recovery.

I am currently working on more follow up with Daniel in order to prevent the reoccurrence of the medial tibial stress syndrome (“shin splints”):

The confidence I gained with SMAC would have been impossible to find anywhere else. I feel that I can effectively communicate to patients in a way that makes sense to them, can communicate with physicians and also serve as a bridge between patient and physician.”

To connect with Riley, visit his C.SMA Directory Listing.